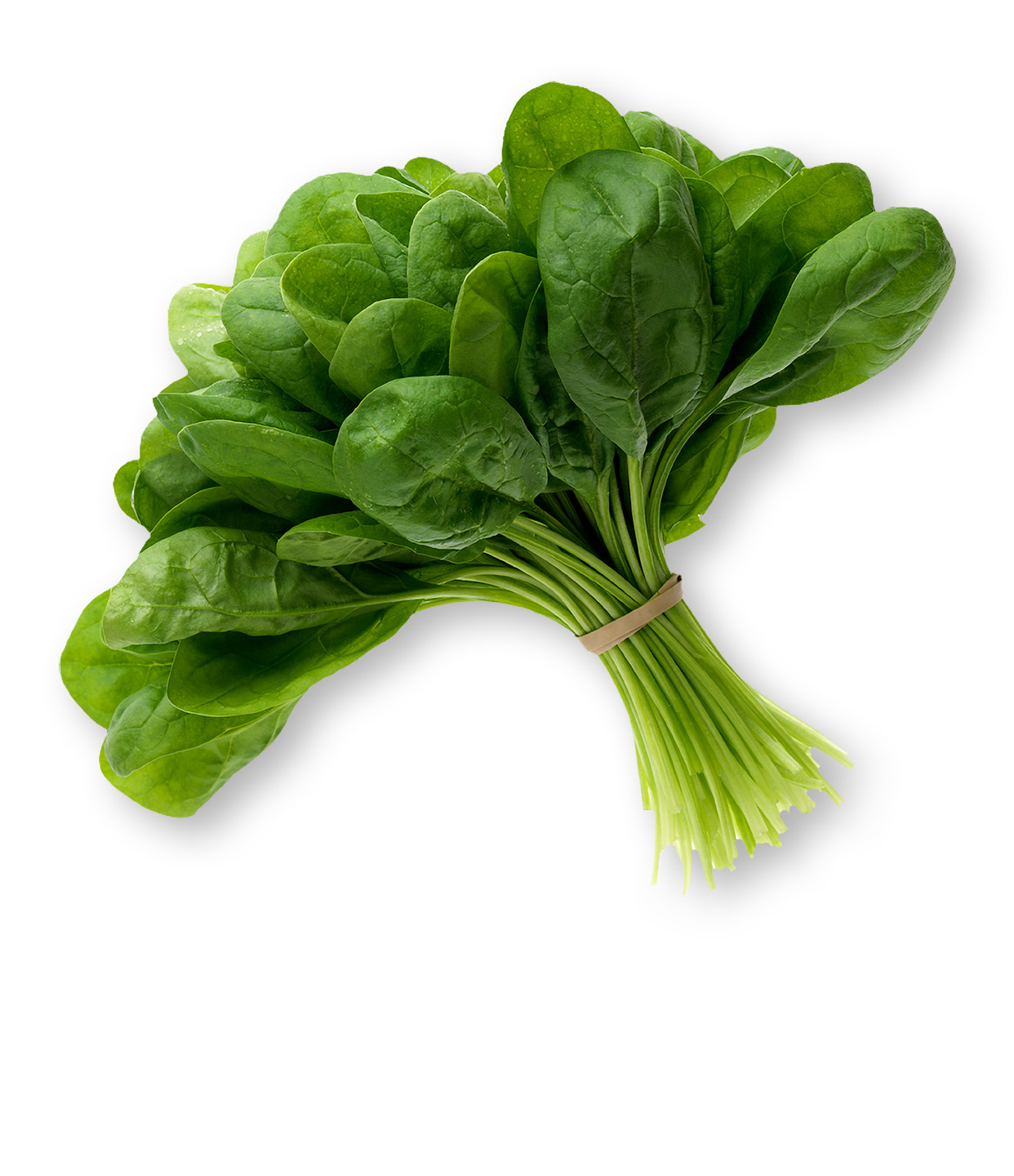 Popeye wasn’t wrong. Spinach is well known for its impressive nutrient content that will work to help to strengthen you and your immune system. Spinach leaves are sweet and tender when harvested early. Larger, more mature leaves are less tender but will still be sweet and mild. Not technically a lettuce, spinach is a member of the amaranth family and is more closely related to beets and chard. Spinach is very versatile and can be cooked, added to many dishes or eaten raw. 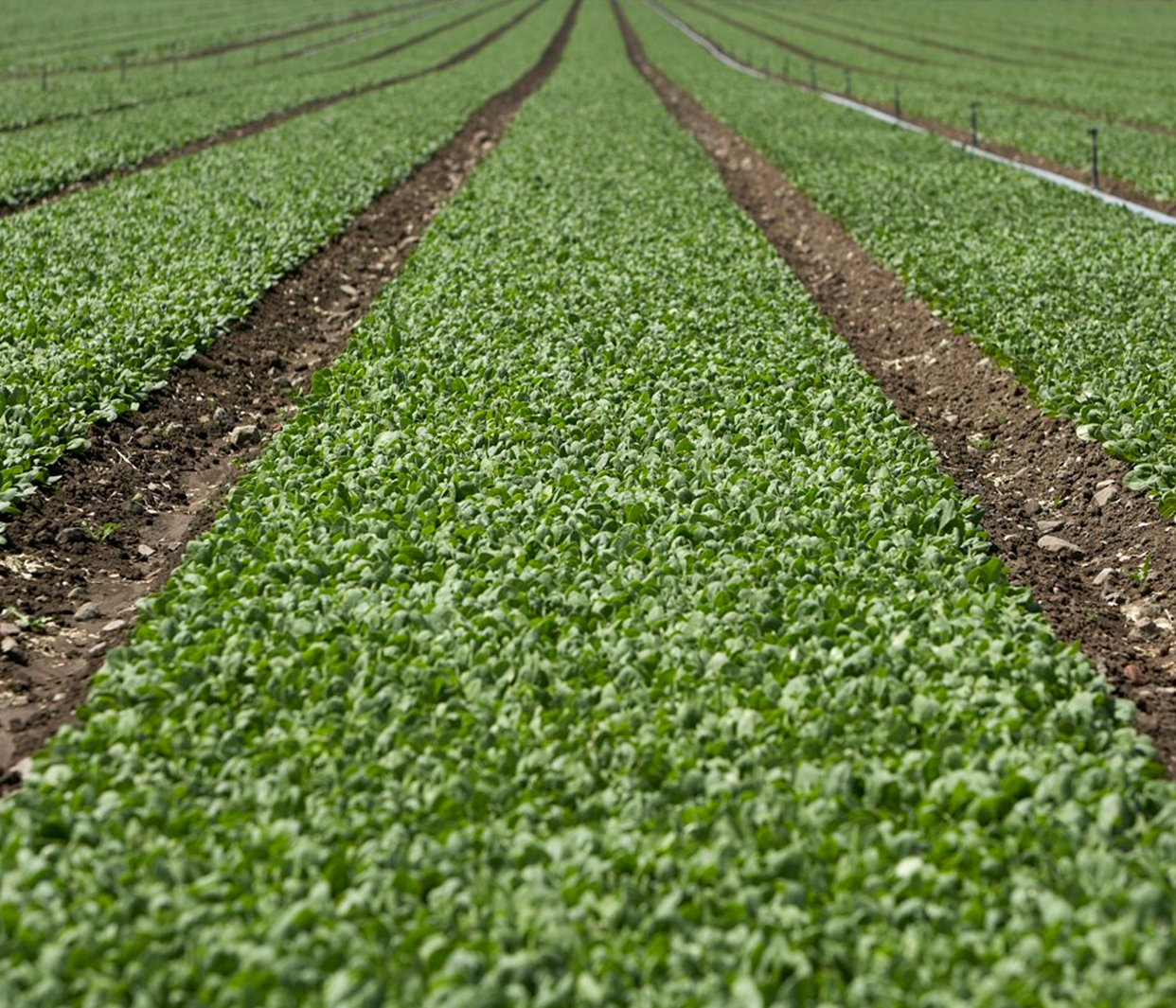 California is the leading producer of spinach in the U.S. with over 44,000 acres planted in the state and production topping 300,000 tons per year. Spinach can be ready to harvest as early as 21 days after seeds are planted, when it is referred to as “baby spinach” or as long as 90 days if it will be processed and frozen. Spinach that is sold in bulk is typically hand-harvested, gathered into bunches and packed into a carton in the field. Meanwhile, most packaged spinach is mechanically-harvested, placed into a tote in the field. From here it ships to a processor where it may be packed into bags or clamshell containers either alone or as part of a salad mix. One planting of spinach is harvested multiple times, particularly if it is hand-harvested and sold in bulk.

The mild taste and tender leaves of spinach makes it extremely versatile either fresh or cooked.

Try sautéing a large bag of fresh spinach with sliced garlic, olive oil and salt and pepper for a delicious and nutrient-dense side dish.

Did You Know? Seeds Hold the Answer to Fighting Plant Disease

When you buy a bag of spinach, you probably don’t think too much about the seeds that grew it — but you probably should. Most lettuce and leafy greens crops grow quickly and are often planted multiple times throughout the year. Seed companies and plant breeders are continually working to create newer, better varieties. When it comes to spinach, the development of new varieties is critically important because this crop is extremely susceptible to “powdery mildew” — a fungal disease that makes spinach leaves turn yellow and mold making them unusable.

Pesticides used to control powdery mildew are becoming less effective because the disease quickly develops resistance to these chemicals making them ineffective. Additionally, more growers are looking to grow crops organically and treatments approved for organic farming have not worked well against powdery mildew.

Seed developers have been extremely successful at creating new spinach varieties that are not susceptible to powdery mildew. But it’s a continuous fight as the disease quickly mutates and even these new resistant varieties become increasingly unable to fight off powdery mildew.

Sometimes more than one type of seed will be planted in a field to further improve the crop’s chance of fighting the disease. It takes an incredibly large number of seeds to grow spinach — about 3 million per acre. This compares to romaine lettuce which requires around 5,000 per acre.

Breeders are constantly working to keep spinach farmers supplied with seed varieties that are resistant to powdery mildew. The task is made all the more difficult because genetically modified varieties are not accepted by consumers or approved for organic farming. Thus all seeds are developed using traditional plant breeding techniques making it a very time-consuming and expensive process.