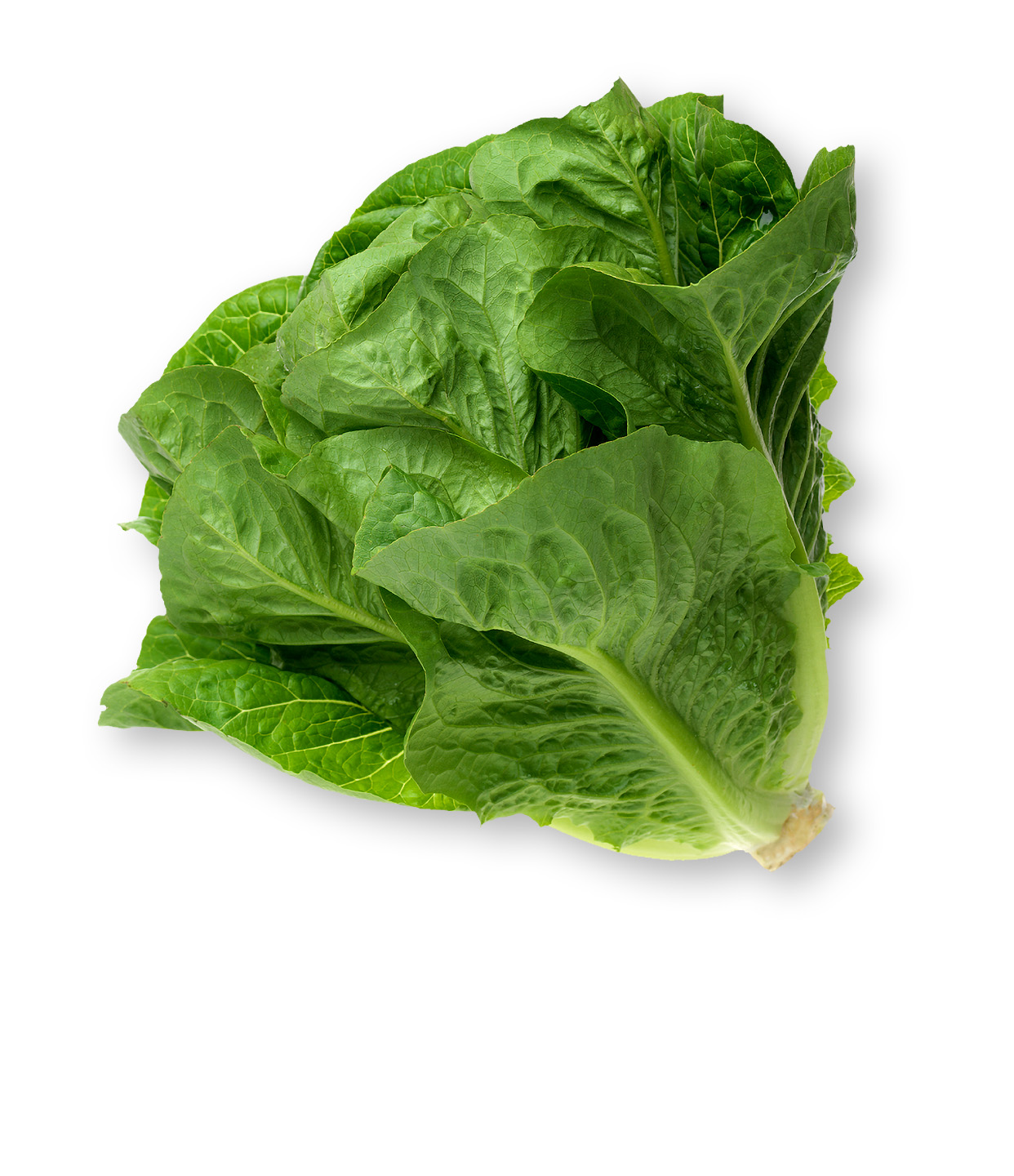 The star of Caesar salad and one of the most popular of all lettuces, Romaine is versatile and has a crispy mild, sweet flavor. It is #2 lettuce type in terms of volume consumed in the U.S. and is particularly popular in restaurants. It’s crisp with a mild, sweet flavor. 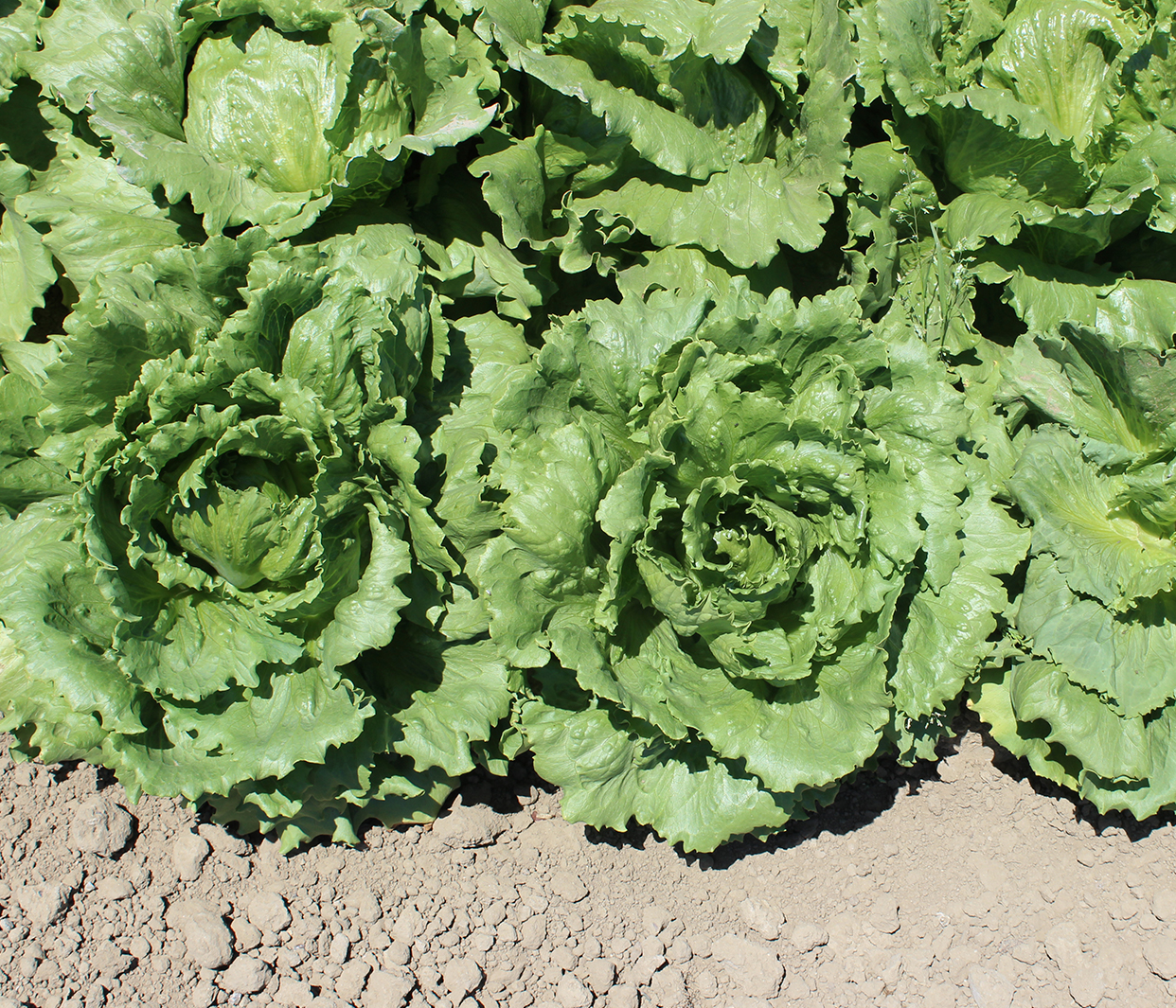 Over 72,000 acres of romaine are planted and 1.1 million tons are harvested in California annually making it the second most produced lettuce type behind iceberg. Many different kinds of romaine are produced today and packaging is varied as well. One common offering is a consumer package containing three romaine “hearts.” For this product, heads are harvested by hand in the field using a knife. Outer leaves are removed and the heads are placed into a plastic consumer package and then into a carton. Whole bulk heads are also harvested this way, but placed directly into the carton in the field and then sold as individual heads in the store. A large volume of Romaine is also harvested for pre-packaged salads either as part of a mix or alone. For this use, the heads are harvested into bins in the field and then shipped to a processor for packaging. Baby Romaine is also something that often ends up in salad mixes. Like Spring Mix and other baby lettuces and greens, this product is mechanically harvested, or mowed, placed in totes and sent to a processing facility for packaging.

While romaine lettuce is most often consumed raw in salad, it’s possible – and even quite delicious – to cook it.

Cut a romaine head in half, brush with olive oil and steak seasoning and place cut-side down on grill. Cook for approximately 5 minutes until lettuce is wilted and slightly charred. Serve with fresh lemon juice and sprinkle with shredded parmesan cheese.

Did You Know? Where Lettuce Is Grown

Most of the lettuce and leafy greens consumed in the U.S. are grown in California which produces about 70% of the volume.  Another 20% is grown in Arizona.  The primary growing areas are either located in California’s central coast near Salinas or a bit farther down the coast near Santa Maria and Ventura. Some production also comes from the inner Central Valleys of California.  In these northern areas, harvest traditionally begins each year in April and continues into November.

Lettuce and leafy greens are in such high demand, they are produced year-round. Beginning in November, harvest of leafy greens will transition to the southern growing areas of California near Imperial County, south of Los Angeles and in Arizona, primarily near Yuma.

Many companies grow in both the northern and southern areas and it is common for them to move their entire harvesting and, even processing, activities back and forth from the northern to southern growing areas as the seasons shift.

The Leafy Greens Marketing Agreement program exists only in these two states.  In California, the program operates with oversight from the California Department of Agriculture and in Arizona, it is overseen by the Arizona Department of Agriculture. Both programs utilize state government auditors to verify their members are following a set of science-based food safety practices.